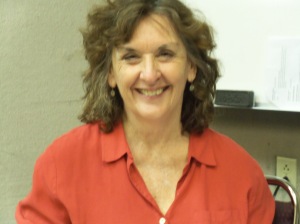 The first day of last summer’s Writer’s League of Texas retreat, author-instructor Karleen Koen told students that every morning before class, we must do Morning Pages: Wake up, don’t speak, take pen and paper–not computer–and, while still drowsy, write “three pages of anything.” Don’t judge. Keep the pen moving. In her course notebook, Karleen listed the following:

Stream of consciousness, complain, whine, just move your hand across the page writing whatever crosses your mind until you get to the end of page three.

Karleen stressed that she didn’t invent Morning Pages. The technique, minus the name, came from the book Becoming a Writer by teacher Dorothea Brande, published in 1934 and reissued in 1981. Author John Gardner, in his foreword to the reprinted edition, states it was “astonishing” that the book had ever gone out of print. 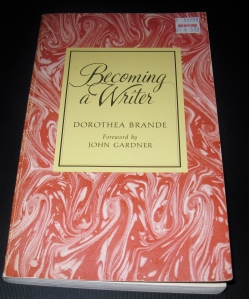 Becoming a Writer by Dorothea Brande

Ms Brande advises aspiring writers to “rise half an hour, or a full hour, before you customarily rise.” She continues,

Write anything that comes into your head: last night’s dream, if you are able to remember it; the activities of the day before; a conversation, real or imaginary; an examination of conscience. Write any sort of early morning reverie, rapidly and uncritically. (Brande, p. 72)

Julia Cameron, in her bestselling The Artist’s Way, published in 1992, named the process Brande advocated Morning Pages and made them the cornerstone of her Artist’s Way program. Cameron considers them a form of meditation.

Why do Morning Pages? To quiet the internal critic; to tap into the subconscious; to discover what you know; to remember and to capture the present; to build fluency, the ability to “write smoothly and easily when the unconscious is in the ascendant.” (Brande, p. 72) And, as Koen notes, to whine and complain.

When I do Morning Pages, I like to focus on whining and complaining. Words of discontent virtually flow from my pen when I follow Brande’s instruction to rise early. To wit:

The morning after Karleen assigned Morning Pages, my roommate and I woke to my cell phone alarm at seven rather than the previous day’s eight. (I think that was the morning the phone flew from the nightstand and landed on the concrete floor.) I propped myself up on a couple of pillows, gathered the pen and the notebook I’d placed on the nightstand before retiring the night before, and started to write. 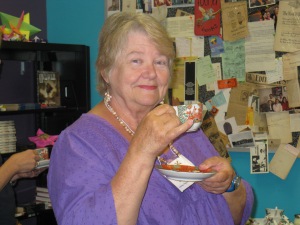 In my usual all-or-nothing fashion (a tiny bit of OCD), I wrote through hand cramp and shifting pillows. Halfway through, I fell asleep. When I woke about a half-hour later, I resumed scribbling.

My roommate had already finished her Pages. She had dressed. She had sat on the porch and drunk a cup of hot tea. She was smiling.

Sometimes it is better to bend the rules.

At break time, I quoted to Karleen the first sentence of my Morning Pages: I don’t like Karleen any more. (I said it in bold font.) She laughed uproariously and asked if I knew how funny I was. I didn’t tell her I was dead serious. Before the end of the day I would like her again, and if I told the truth now, I would have to apologize later, and I just didn’t have the energy.

Since I’m confessing, I might as well admit that, while I was scribbling, I figured out a fool-proof way to make Morning Pages a positive experience: Use a notebook with little tiny pages. They fill up faster.

Looking back, I’m ashamed of the thought, but at the time it seemed a darned good idea.

Anyway. Having griped about that miserable experience, I’ll also admit that Morning Pages work. I’ve done them off and on since 1998, when I heard Julia Cameron speak at the Austin Whole Life Festival. A small group of young men stood outside Palmer Auditorium holding placards and begging attendees to abandon chakras and crystals and choose reason instead, while inside, Cameron shared the most reasonable ideas on stimulating creativity.

So I read The Artist’s Way and, although a 17-cent spiral notebook would have sufficed, I bought a copy of The Artist’s Way Journal. (The Journal had enormous, narrow-ruled pages that took forever to cover, but having the proper tools is important to OCDs.)

Then I wrote. And whined. And complained. As I did, the garbage in my head moved down my arm, through my hand, and onto the page. By the time I got to page three, my mood had lightened. When I turned to other writing, the garbage stayed trapped inside the Journal.

Once the brain has been cleared of debris, words can flow.

That’s my experience. Others have their own reasons for writing those three pages per day. But those who engage in the practice swear by it.

As I said, I’m not consistent. I’ve done Morning Pages for months at a time, then skipped one day and failed to resume the habit.* Nearly every time I’ve given up,  fatigue has been the cause. A long commute before and after an extra-long day makes rising early unpleasant if not impossible. The same thing goes for getting to bed too late. Morning Pages require adequate sleep. But so does good health. So does good writing of any kind.**

Before leaving the retreat, I bought a special notebook for my return to Morning Pages. The signature on the cover looked like Dickens but turned out to be Darwin. No matter. Darwin and I are friends, too, and I wanted the green one. I’ve not yet made peace with going to bed at a decent hour. I’m trying. But when I stay up into the wee hours working on a blog post, my morning edges toward afternoon.

Oh–I’ve just remembered: A situation unrelated to fatigue once interfered with Morning Pages. It involved the repaving of twenty miles of FM20, a wintry cold house, and a new box of cat litter.

*Morning Pages is about the only habit I’ve ever managed to break.

** I’m not sure about sleep being necessary for good writing of all kinds. I suspect Hemingway, Faulkner, and Fitzgerald might have stayed up past bedtime. But I bet Willa Cather kept regular hours. And, as people with any discernment at all recognize, Cather is at the very top of the American novelist pecking order.