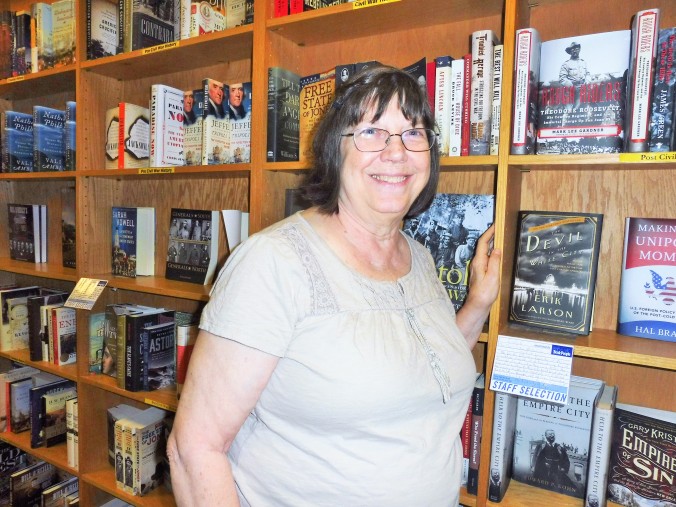 It’s been a treat to see Kaye George again.

She flew into town last week to visit grown children and to see us of course, her Austin Mystery Writers “branch” of the family.

We met at our BookPeople haunt last Thursday to hug and laugh and talk about many things, most of them involving writing. And a lot of other stuff.

I first met Kaye George several years ago through Kathy Waller, who had just joined Austin Mystery Writers. Kathy asked Kaye, who was the head poohbah, if I could join as well. It was a critique group with several members. But, as is often the case with critique groups, members faded away for various reasons, and at one point the group consisted of Kathy, Kaye, and me.

I remember the vicarious thrill I felt when Kaye’s mystery novel, Choke, received a publishing contract. After ten years of patiently slogging away at her writing, Kaye was a professional! We were all giddy with delight. It couldn’t have happened to a more deserving person.

When you have a really good critique group, the heartstrings are involved. It’s not just about writing. You start to genuinely care about all the people in your group in a personal and  professional way. Kaye’s victory was our victory as well. 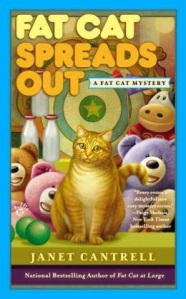 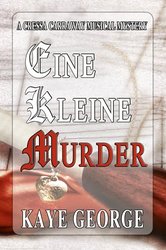 Kaye’s first three mysteries in her Immy Duckworthy series (Choke, Smoke, and Broke) were published, followed by three Berkley Prime Crime Fat Cat who-done-its (under the nom de plume Janet Cantrell), the Cressa Carraway series, the Neanderthal mystery Death in the Time of Ice (Untreed Reads), as well as various short stories. She was on a roll.

Unfortunately for us, she was also gone. First, she and her husband moved to Waco, then on to Knoxville, TN, where they now reside.

Kathy and I were members of a two-person critique group for a bit, but luckily we acquired fabulous new members for Austin Mystery Writers, gleaned from the ranks of the Sisters in Crime: Heart of Texas chapter—Valerie Chandler, Laura Oles, and Elizabeth Buhmann.

Now for the fun part. 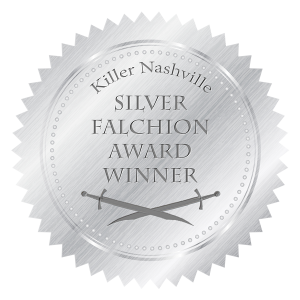 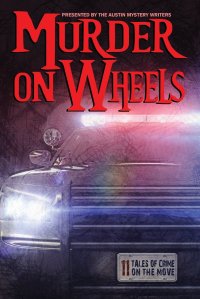 Thanks to Kaye, who had the original idea and pushed it to fruition, Austin Mystery Writers’ first crime anthology, Murder on Wheels, got published by Wildside Press in 2015. Flash forward a year. Murder on Wheels just won the Silver Falchion Award for best fiction short-story mystery anthology at the Killer Nashville writing conference for 2016.

On top of that, we are hard at work on our second crime anthology, whose title is a bit up in the air at the moment. It’s about Texas and crime. Enough said.

Although we all worked very hard on Murder on Wheels, I give Kaye the credit for riding herd on the project. I thank her for her vision and guidance.

We all wish Kaye would move back to the Austin area. She’s just too far away. But, thanks to the miracle of e-mail attachments, digital photography, and FB posting, we can still create our dreams together. 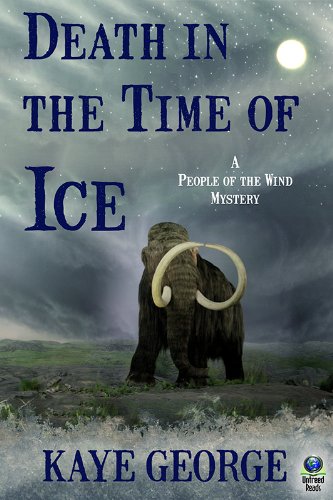