This week we have a guest blogger, friend and fellow mystery writer, Terry Shames!

Terry grew up in Texas, and has an abiding affection for the people she grew up with and the landscape and culture of the town that is the model for Jarrett Creek. She graduated from the University of Texas and has an MA from San Francisco State University. Terry now lives in Northern California with her husband, two terriers and a regal cat.

Terry’s first Samuel Craddock novel, A Killing at Cotton Hill, (July 2013) and was named one of the top five debut mystery novels of 2013 by MysteryPeople. The second in the series, The Last Death of Jack Harbin was named one of the top five mysteries of 2014 by the Library Association’s Library Journal. Dead Broke in Jarrett Creek, the third in the Samuel Craddock series, came out in October of 2014, followed by A Deadly Affair at Bobtail Ridge in April 2015 and The Necessary Murder of Nonie Blake in January 2016.

A member of Mystery Writers of America and Sisters in Crime, she serves on the boards of Northern California chapters of both. 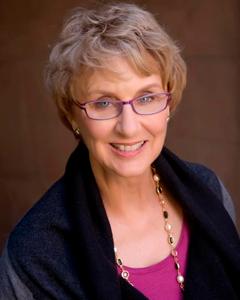 When I’m editing a book, I know that when I begin to get restless I’ve probably come across a nest of lazy words–words that are shorthand, or placeholders, for what I really want to say. Here are some lazy word indicators:

I often find when I come across several of these words on one page it means I was reluctant to dig deeper into the emotional content in the scene. When I buckle down and confront what I’m avoiding writing, digging deep to find the emotional core of the scene, I often end up writing a lot more words than I had before.

Here’s an example of a piece I was editing for someone else. I ran across several places on one page where two characters were talking about, “This thing we have going,” and “This thing we are trying.” The “thing” the writer was talking about was a difficult relationship between people of different ethnic backgrounds. By repeating the words “this thing,” she avoided addressing in depth the painful aspects of the relationship. The words fell flat on the page. Only when she changed it to say what she really meant, “Our risky experiment,” and “The way we are thumbing our nose at tradition,” did it begin to have the depth it deserved. Instead of a romance novel, it because more like Romeo and Juliet.

In first drafts, we often use shorthand for what we know is going to be a difficult description. But as writers we have to work hard to ferret out those lazy little words and phrases and say what we really mean. Not, “Amanda’s bedroom was a mess. There was STUFF lying everywhere,” or “I walked into Bill’s office. There was STUFF lying everywhere,” but instead, “Amanda’s clothes were strewn on the floor leading to the bed,” or “Judging from Bill’s office, he was a guy who dropped whatever he was reading onto any handy surface as soon as he was done with it.” Instead of saying, “there were several things he wanted to tell her,” it’s more interesting to read, “he stored up little criticisms that he could spring on her later.”

“They dated for a few months, during which he told several lies. Some time later, she tried to remember which lies bothered her the most. There was the time he told her he was an accountant and lost his job when the economy went bad. And another time he said he looked around for a job for a long while before he could find another one. But the worst was when he said he’d buy her some jewelry, and never did.”

“They dated for six month. After he disappeared, she found that he had hardly opened his mouth without lying. She bought into it when he told her he was an accountant, and lost his job when the economy went bust. She even believed that he pounded the pavement looking for a job for six months before he found one. But the lie that hurt most was that he promised to buy her a diamond ring, and he never did.”

The first paragraph is full of lazy words like “a few,” “several,” “some, “tried,” most,” “there was,” etc. The second one uses livelier, mores descriptive words.

When you read authors you admire, note that they pin down real time, real place, real emotion. It makes their prose richer and keeps readers engaged. It takes hard editing work, but it’s worth it. It’s the key element that will make your prose come alive.

You can find more information about Terry Shames at www.terryshames.com

Thank you, Terry! That’s good concrete information that all writers can use. What do you think, reader? Any questions or comments?

One thought on “Banishing Lazy Words by Terry Shames”