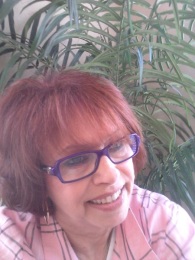 A few weeks ago, I was forced to visit the Austin Department of Public Safety, where I spent four long, long hours. Let me be clear, however, I’m not slamming the Austin DPS. It’s a factor of population vs. the number of employees. In fact, I found the agents polite and friendly, as opposed to the Department of Motor Vehicles in New York (DMV) where friendly and courteous are not in their vocabulary. To be fair, (maybe) they too suffer from the imbalance balance of employees vs. the population.

Thank God, I don’t visit every DMV, DPS or departments throughout the country that issue, renew, replace and take care of every function concerning drivers licenses. I can only guess that it will almost always be the same. Population vs. the number of employees.

So, I arrived at the DPS with my 96-year-old mother, who had her wallet stolen. TWICE IN ONE WEEK! (Another story for another blog.)We arrived at 9:30 a.m. Can’t get this nonagenarian out of bed much earlier than 9. People lined up outside the door; a police deputy watched the exit then let us in, one-at-a-time. First stop, the information desk.

Ten ahead of us.

When it was our turn, I explained the reason for our visit: mother needed a new license.

Her only identification (remember her wallet had been stolen – TWICE) was her old, expired temporary license. The young woman nodded, put it in an envelope, made a few notes, handed us the envelope and another number, and told us to take a seat.

In the waiting area, the seats were all filled. People were sitting on the floor. Mother cannot sit on the floor. She leaned on her cane and sighed. To our delight, a lovely lady, sitting in the front row, saw her number come up before it was called. She gave my mother her seat. Then a very nice gentleman insisted that I take his. (my age must be showing, too!?!)

So, trying not to lose my cool, I fidgeted in the hard plastic seat castigating myself for not bringing something to read. Instead, I decided to think about what could be accomplished while enduring a wait that could make an overly stressed person wig out.

Beside launching one into antiquity, if used effectively, the time spent at the DPS can be constructive.

One could improve one’s Spanish since all announcements, written notices and billboards are bilingual. If one sits there long enough, one becomes proficient in short phrases, such as: Now, the number being served is_____, A ora, serviendo numero____, at station _____. a la stacion ____Or, Children must be accompanied by an adult at all times. Los niños deben estar acompañados por un adulto en todo momento.

A  few more hours and I might have achieved some decent conversational skills.

One could, of course, read a book for pleasure, but A-type personalities who feel they must accomplish something could make lists. Shopping lists, chores, e-mails to be sent, phone calls to be made, lists of things to do to make up for lost time when one finally leaves the DPS.

If one is really proactive, one could begin writing envelopes for Christmas cards, or draft the terms of a last will and testament, since the wait might thrust one to the brink of the next world.

So, how did I spend my time?

I drafted this blog, made a list of chores and tasks to be completed by the end of the day, and outlined two chapters for my next book. All of this, however, had to be written on a very little notepad because I didn’t have the foresight to bring along a decent size writing pad or my tablet – dumb!

I’m sure you’re wondering why, with at least 100 people ahead of us, we didn’t leave and come back. The first, most important reason was the uneven progress at the stations. It reminded me of what it was like learning to drive a stick-shift car. Stop, start, and jerk the vehicle. The digital board stopped, started, crawled then hit overdrive, posting numbers in rapid succession. Thus, the risk of missing our number and starting over was unthinkable!

The second reason, to stay put and allow one’s butt to fuse into the comfortless chair is, as soon as you get out of it, someone else takes it—and rightfully.

“At last! Come, mother,” I said and literally had to pull her out of the chair. I think her butt had melded to the plastic.

We proceeded to the assigned station. Then disaster!

“Where is your application?” asked the agent.

“Application!? What application?” My voice was on the edge of hysteria. I broke out in a sweat. “I wasn’t told to fill out an application.”

Mother stood there in her best fragile little-old-lady posture, which she is not, and thankfully kept quiet.

“Please,” I begged. “We’ve been here for four hours. I wasn’t told to fill anything out.”

This kind agent smiled, handed me the application, told us to step aside, and fill it out while she serviced the next person on the line. For this, I believe she’ll have a place in heaven—or perhaps she was afraid I’d go postal.

I filled it out as fast as I could, controlling my serial killer handwriting so that it would be legible. The kind agent waved us back to her station, and fifteen minutes later, mother had a new temporary license.

So, what have I learned? The next time I must visit the DPS, I’ll have a supply of pencils, a legal pad, and a book. Perhaps a pillow too.

No matter how you look at it, spending four hours in a bad chair, waiting to be called for a process that takes only minutes is an exercise in patience, endurance, determination, and a sense of humor – which I did not have.